The South West has a rich aviation heritage including numerous airfields used from the early days of flight through to RAF bases that are in operation today. The air defence of this region was assigned to RAF Fighter Command 10 Group from 1940. Please note full details including address and website for each heritage site are listed below the map, in alphabetical order. Some sites open seasonally or irregular hours. Please check their websites for the latest visiting information.

Aerospace Bristol is an aerospace museum at Filton, to the north of Bristol, England. The project is run by the Bristol Aero Collection Trust and houses a varied collection of exhibits, including Concorde Alpha Foxtrot, the final Concorde to be built and the last to fly. From the earliest days of powered flight to the cutting-edge technology of tomorrow, visitors are inspired by fun practical science interactives and amazing exhibits, including aeroplanes, helicopters, missiles, satellites and more.…Read more 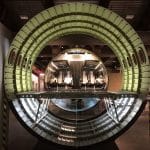 The Boscombe Down Aviation Collection (at Old Sarum Airfield) has dozens of aircraft, cockpits, replicas and models weapons and trials equipment to show the story of flight and flight test in the UK. The cockpits are mostly open and you can sit in and use the controls. There are guides to answer questions and show you round. Exhibits of national importance including the unique Sea Harrier XZ 457 and the rare Comit C Mk 2 Sagittarius.…Read more 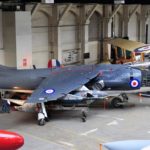 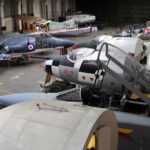 A superb and growing collection (20+) of post-WW2 military aircraft, both large and small, with unparalleled access to cockpits and crew stations, aviation and aerospace exhibits, artefacts and memorabilia, enormous model collections, simulator, with volunteer guides. Based in and around a fully-equipped and functional Cold-War era Hardened-Aircraft-Shelter with a shop and cosy cafe.…Read more 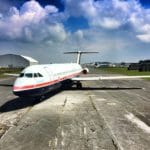 We are a tri-service museum but as we are on a WW2 RAF Station the RAF have a strong representation. Some of our buildings are original WW2 with other buildings added by us. We provide an extensive range of displays from 1914 to the present. Artefacts are our main emphasis, real kit used by real people supported by film presentations and narrations. Allow approx 2.5 hrs for your visit. All ages, male and female and nationalities seem to appreciate their time spent with us. Check our website for details of our guided airfield tours in our vintage crewbus. Booking is essential for the bus tour but to visit the museum just turn up, no booking required.…Read more 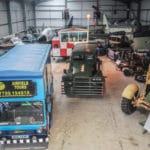 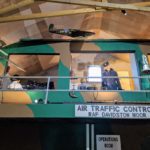 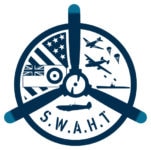 Dunkeswell Airfield was built between 1942 & 1943 and it was initially occupied by the USAAF 479th Anti Submarine Squadron and then by the US Navy and was the only US naval airbase in Europe that undertook U boat hunting in the Bay of Biscay. Our substantial photographic archive provides a unique insight to life on the base. Unlike the British, the Americans had access to film and faced very little restriction on what they photographed. As a result we have been able to collect over many years, what we think is a fantastic selection of over 400 photographs. Mostly professionally taken, including some taken by the Germans, that provide a story-line and window in time that allows us to see what life was actually like and what took place at the Airfield during the second world war. We have now combined this with official film taken at the time, historical narrative, uniforms, dioramas, models and WW2 artefacts that together, tell the story of the men and women who served here. Find out how coastal command went about hunting German U boats and how Ford built a B24 Liberator in 55 minutes.…Read more

The Fleet Air Arm Museum tells the story of the Royal Navy In the Air. With four exhibition halls, over ninety aircraft and over two million records and 30,000 artefacts the Museum is Europe's largest naval aviation museum. In addition it houses the first British Concorde which you can go on board, view the cockpit and visit the award winning Aircraft Carrier Experience. The Museum is located at Royal Naval Air Station Yeovilton (also known as HMS Heron) in Somerset. With more flights in and out of RNAS Yeovilton than any other military air station in Europe, you are likely to see aircraft going through their rigorous training procedures.…Read more 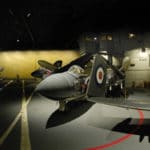 Greenham Control Tower is a visitor centre and community café with the aim of preserving and sharing the historical legacy of one of the few remaining airfield buildings. It shares the story of Greenham Common and offers space to enjoy the common from a fascinating and dynamic location.…Read more

The museum celebrates Gloucestershire’s rich aviation heritage from the early days of flight, through the birth of the Jet Age to the present day. It is staffed only by volunteers, some of whom flew in aircraft we have on display. There are a wide range of aircraft, engines and restoration projects on display. There are timed guided tours of our Avro Vulcan bomber cockpit and our Hawker Siddeley Trident airliner. Entry is free.…Read more 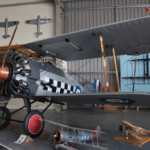 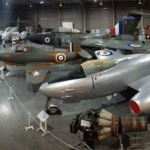 Berkshire's dynamic contribution to aviation history is graphically recaptured at the museum that aims to preserve this heritage and make it available for the enjoyment of visitors, and for future generations. The museum is at the historic site of Woodley Airfield, near Reading, once the centre of a thriving aircraft industry. The Museum covers all aspects of Aviation in Berkshire, including Miles Aircraft and Handley Page at Woodley, Fairey Aviation and ML Aviation in White Waltham, and Elliotts of Newbury, along with fascinating pictorial records and priceless archives.The Museum contains many exhibits and artefacts connected with Military Aviation, from No 1 School of Military Aeronautics established at Reading in 1915, through the Miles Magister trainer, the Miles Martinet target tug, and displays on Air Transport Auxiliary, Douglas Bader's crash at Woodley and building Spitfires in Reading and Newbury.…Read more

During the Second World War and the Cold War Years that followed RAF Defford was one of the most secret places in the country. For it was at Defford that Airborne Radar was developed, tested and proven. Various communal and domestic sites, including the Station Sick Quarters (now restored and used to house the RAF Defford Museum), were built in Croome Park and around Croome Court, the ancestral home of the Earls of Coventry. The Museum tells the story of Defford Airfield, especially the work of the Telecommunications Flying Unit and its role in the development of airborne radar during WWII and the Cold War that followed. Exhibits include the cockpit and forward fuselage of Canberra WD956, a ground training simulator and an exhibition telling the story of Defford’s role during the Cold War years. The museum is located within Croome Park, now owned by the National Trust. There is no additional charge for admission to the Museum for visitors to Croome (free to members of the National Trust, charges apply for non-members).…Read more 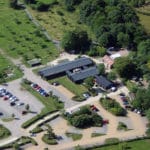 The REME Museum is located in what was the Officer’s Mess at the former RAF Lyneham. REME is responsible for recovering, maintaining and repairing all of the Army’s equipment including the Army Air Corps helicopters. Our Museum tells the story of REME and the collection includes a Scout helicopter suspended from the celling and a Lynx helicopter in an outside display in the grounds. The display also explains the role REME Aircraft and Avionic Technicians play in supporting the Army Air Corps.…Read more 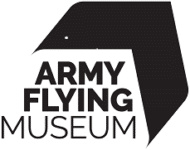 The Museum holds an extensive collection charting over 100 years of the British Army in the air. With over 35 fixed wing and rotary aircraft on display, the Museum is the perfect place to explore the fascinating history of army aviation. If you pay once you can visit all year! You can also visit our Apache Café which overlooks an active airfield and is a great spot to enjoy a bite to eat and enjoy the view. It's open daily with no need for museum admission. The museum also holds a regular program of events throughout the year.…Read more 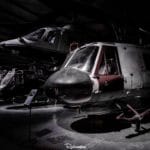 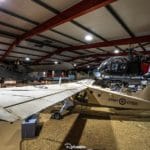 The Helicopter Museum houses the world's largest collection of helicopters including the world speed record holder, two aircraft of the Queen's Royal Flight, a Russian anti-tank gunship and numerous rotorcraft that hold top benchmark status on the National Aviation Heritage Register. The Museum is also home to the Weston Aviation Exhibition which showcases the remarkable aviation history of the local area. Themed events, open cockpit days and helicopter flight days take place throughout the year. Shop, cafe and film theatre are also on site.…Read more

Upottery was the last wartime airfield to be built on the Blackdown Hills. In April 1944, the USAAF 439th Troop Carrier Group arrived with 80 C-47 transport planes in preparation for the invasion of Normandy. In late May American paratroops from the 1st & 2nd Battalions of the 506th Parachute Infantry Regiment, 101st Airborne Division arrived, including the famous Easy company of “Band of Brothers” fame. The exhibition in our Heritage Centre features a unique collection of photographs, of Aircraft and Personnel preparing for the invasion and film of their take-off. We also provide airfield tours by arrangement.…Read more

The Wellesbourne Wartime Museum displays a vast array of artefacts from local aircraft digs along with a De Havvilland Vampire T11, Sea Vixen and Provost airframes. The museum is located by the control tower and is usually open on Sundays and Bank holiday Mondays (check website for details).…Read more 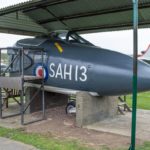