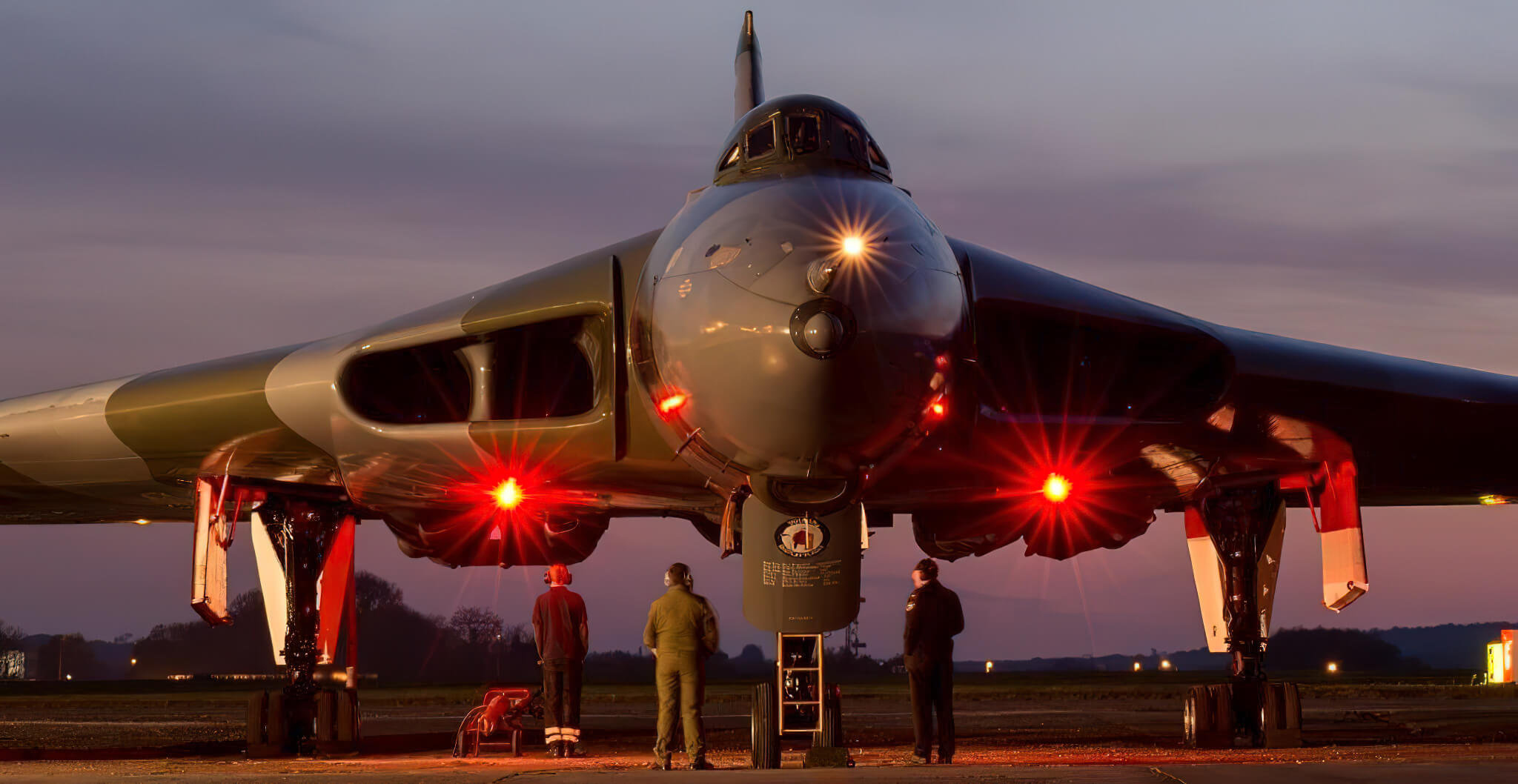 Join us on Saturday 21 May to commemorate the 40th Anniversary of the Falklands conflict and the Operation Black Buck missions, at the time the longest bombing raids in the history of warfare.

Our event will begin with a big-screen Secret Cinema showing of the TV documentary movie Falklands' Most Daring Raid in association with the 2022 Southend Film Festival. The film tells the story of the first Black Buck mission on 30 April - 1 May 1982. This was the UK's opening salvo in the Falklands conflict and was completed under the cover of darkness and in virtual radio-silence.

Darkness will be very much a theme when the movie ends and visitors move outside to witness Vulcan XL426 taxi at twilight at London Southend Airport for the very first time. There will be the unique opportunity to see and photograph XL426 as she starts her engines with sun beginning to set, much as the Black Buck Vulcans and Victors would have done on Ascension Island 40 years before.

The Vulcan will then move off and carry out two taxi-runs on the Southend Airport runway. The second run will be a high-speed pass. Viewing will be from the Trust's exclusive visitor area in front of its hangar. This will give an uninterrupted view across the airport and unrivalled photographic opportunities. Visitors will then have a close-up view as XL426 taxies back to her parking spot and her engines spool down.

XL426 will then be lit up and joined by re-enactors dressed in period flying kit. They will pose as a Vulcan crew that's just returned from its long-range mission for visitors to take even more photographs.

The event timings are as follows:

Attendance is limited and tickets are now on sale here.

Why not join the VRT now and take advantage of the discounted Member price as well as receiving the benefits of VRT membership?

Due to London Southend Airport rules, children under 12 cannot be admitted. We also cannot allow any animals, with the exception of assistance dogs, into the event.

Teas, coffees and hot refreshments will be on sale throughout the evening.

Should it be necessary to cancel the event for any reason, we will provide full refunds on all ticket purchases. We won’t, however, be able to compensate for other costs you or your guests might incur attending the event, such as travelling or hotel costs.